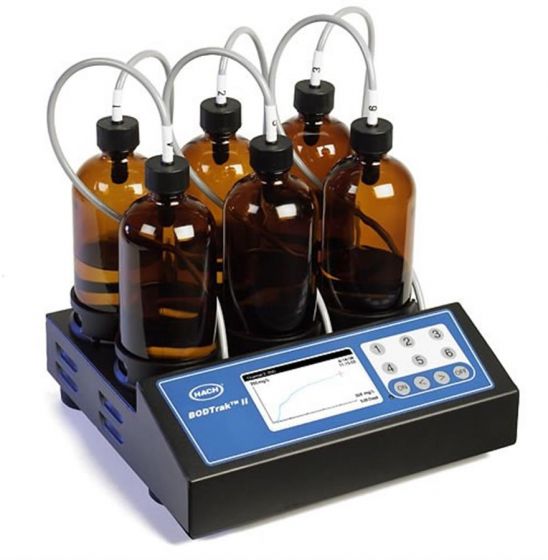 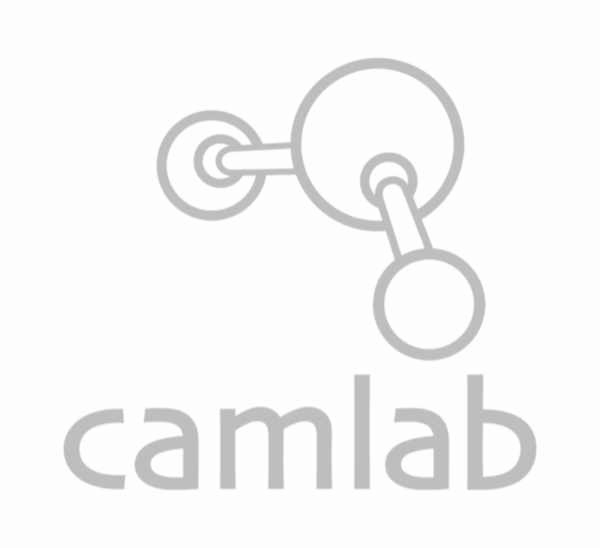 The BOD TRAK II Apparatus measures Biochemical Oxygen Demand (BOD) using the respirometric method. The BOD test measures the quantity of oxygen consumed by bacteria that oxidize organic matter in a water sample. A pressure sensor monitors air pressure in the sample bottle and a stir bar continually mixes the sample during the incubation period. As bacteria in the sample consume the organic matter and oxygen, the air in the bottle above the sample replenishes the oxygen used by the bacteria. This causes a pressure drop inside the bottle. The instrument's software converts this pressure drop to mg/L BOD. The carbon dioxide produced by the bacteria is removed by potassium hydroxide pellets placed in the seal cup of the sample bottle. This assures that the measured pressure difference is in relation to only the quantity of oxygen used.

The closed system prevents atmospheric pressure changes from interfering with the test. The large display allows the user to monitor results at any time. The system collects 360 data points over the user-selected 5, 7, or 10 day measurement period. The results are displayed as a graph of BOD over time. The user can move a cursor along the curve to see the BOD value at any point in time.

These results can be downloaded to a PC or the Citizen PD-24 printer via the RS232 port on the side of the instrument. Improvements of the BODTrak II Apparatus The BODTrak II Apparatus is an updated version of the BODTrak and offers many additional features, which include: Improved stirring Improved temperature control Greaseless bottle seals Larger display screen Smaller footprint Auto-switching power supply Bottle fences